Having now published four books - Black Flame (154,000 words), Cartography of Revolutionary Anarchism (50,000 words), Drinking With Ghosts (102,000 words), and A Taste of Bitter Almonds (96,000 words) - I'm on a roll and have several more books and multimedia projects in the pipeline, in the order of their degree of completion. I am only detailing my non-fiction works here:

1) Isandlwana: A Love Story (15,000 words), is a complete departure from my areas of speciality as it is a meditation on the nature of love. I finished writing it in January and I am now looking at publishing options. The blurb on the back reads: "Michael Schmidt is an awful poet, so this work is a non-poetic stream-of-consciousness forensic meditation on his personal experiences of love, hate, loss, and redemption, interspersed with songs he has penned and images he has either painted, photographed or manipulated. He is no Stendhal, no Miller, and no Nin; in fact he’s not sure what he is, being robbed of union at the very moment of illumination. Here, past loves and lusts are blurred together into a singular longing, yet also disentangled for their unique flavours and scents. Here, in a grand circuit from Lisbon to Lyon, Seville, to Shobashobane, Faro to Fuentes Georginas, Berlin to Bloemfontein, and Paris to Port Elizabeth, pain and death rotate in satellite of the ephemeral and treacherously delicate uncertainties of sex and love. Here too, faith and apostasy, truth and travesty collide in the integral joy/saudade of the human condition, and his lens zooms from intimate recognition to the obfuscation of incomprehending distance." 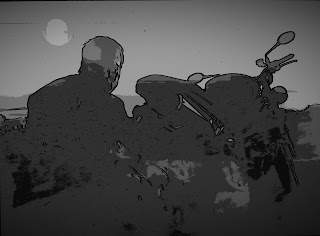 2) The Anarchist-Communist Mass-Line. This is a series taking a look at historic combinations of anarchist-communist organisations with mass movements in revolutionary or sub-revolutionary situations that required anarchists to adopt armed struggle. The series started with Bulgarian Anarchism Armed, published in Portuguese as Anarquismo Bulgaro em Armas, with Jack Grancharoff (Australia), revised by Will Firth, translated by Bruno Domingos Azevedo and Felipe Corrêa, Sao Paulo, Brazil, 2008, but which was interrupted by my other research, writing and publishing initiatives. I have now updated Bulgarian Anarchism Armed (8,000 words), completed writing Ukrainian Anarchism Armed (19,000 words), and am working on Korean Anarchism Armed (10,000 words so far), and Uruguayan Anarchism Armed (12,000 words so far), the latter two drawing on new research into the Manchurian Revolution by Emilio Crisi, and into the Uruguayan Anarchist Federation by Ricardo Ramos Rugai. I will possibly also include Spain, Italy, and Mexico and am considering combining them all into a single book once completed. 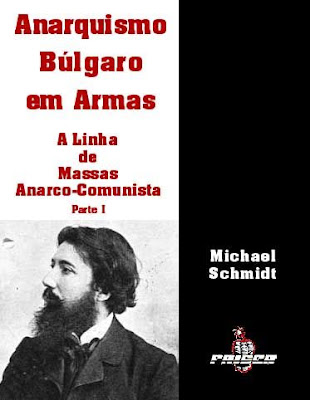 3) Wildfire: Global Anarchist Ideological and Organisational Lineages (356,000 words so far). This is the result of 15 years of research and writing, and I am busy with an extensive re-write. It will be by far the most comprehensive overview of the anarchist movement from an internationalist perspective, drawing especially on new transnational studies such as Maia Ramnath's Haj to utopia: How the Ghadar Movement Charted Global Radicalism and Attempted to Overthrow the British Empire, California World History Library, USA, 2011. Far more extensive, rigorous and less North Atlanticist than the previous contender, Peter Marshall's Demanding the Impossible: A History of Anarchism, HarperCollins, UK, 2008, Wildfire will totally overhaul our understanding of the global reach, practical internationalism, and dynamic impact of the anarchist movement over the past 15 decades. Unlike previous organisational histories, it tells the tale of parallel, sometimes competing organisations - for example, the FORA-IX, FORA-V and IWW syndicalist organisations in Argentina, alongside political organisations like SROPC, ALA,  ACAOP and FRA - and attempts to follow their development from conception to closure, including their offspring and ideological impact. 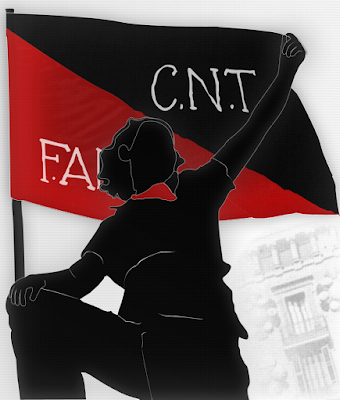 4) The People Armed: Anarchist Fighters Verbatim. This is an international multilingual multimedia project that will be featured on its own website as a resource for researchers. The initial installment will be ten interviews (video, text transcript, and stills portraits) of anarchists who took up arms against the state/capital in Algeria, Argentina, Britain, Canada, Chile, France, Iran, Iraq, Spain, and Uruguay. The Spanish and Chilean interviews have already been done and the others are in the process of being organised. I am the series editor and contributing historians have been sourced from across the world. 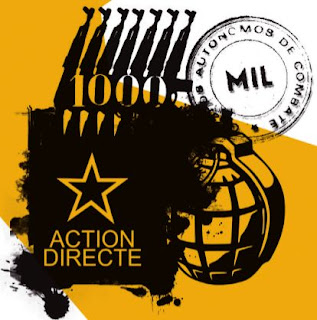 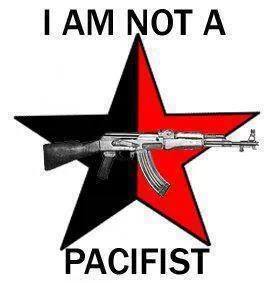 6) Unexploded Ordnance: Untold Southern African Stories. With former ANC exile journalist Richard Jurgens, this will be a collection of transnational writings on the Southern African region compiled and edited by Richard and myself, but with contributors drawn from among the leading writers from the region. We are about to pitch the idea to one of my six publishers.

7) Not Night, but An Absence of Stars. With brilliant Lebanese writer Rasha Salti, this will be an online memorial to forgotten massacres, such as the 1960 Mueda Massacre in Mozambique (image below) and the 1961 Secret Massacre in Paris, to secret police torture centres such as the black prisons in Morocco and Orletti Motors in Buenos Aires, and to those disappeared by the state, including the disappeared of the dirty war in Chile and of the counter-revolution in Iran. Rasha and I will curate the project, which will firstly see a call go out to visual artists (photographers, painters, sculptors, film-makers, dancers) to produce an image relating to the a place of torture, massacre and disappearance in their own country which will be featured on the website, then a call go out to verbal artists (poets, writers, griots, journalists, song-writers, composers) to write a work in response to one of the visual arts submissions. All submissions will be featured unedited on the website - with the caveat that we will reserve the right not to feature works we consider endorse statist terror and bigotry. The aim of the project is not merely to commemorate the dead but to interrogate massacre and memory, and to introduce creatives working in this field to each other with the hope that important transnational collaborations will evolve out of it. We are busy nominating creatives in Africa, the Middle East, Latin America, and Europe (so far) to act as translators of the calls, and as point-people for different linguistic communities to interact with on the project, and are now seeking funding. 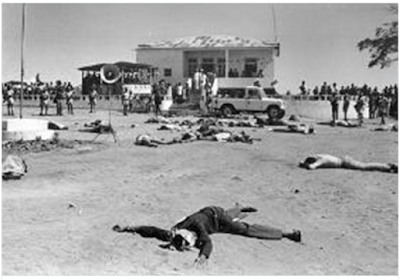 Posted by Michael Schmidt at 03:25