Anarchist Militia in the Spanish Revolution 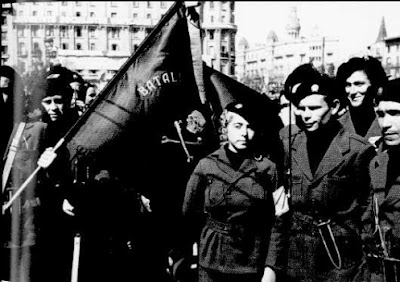 The Malatesta Battalion, formed of exiled Italians, many women and men who were veteran anti-Fascist fighters from the Arditi del Popolo, and who gave their lives in June 1937 in the defence of Basque Country from 65,000 Spanish Falangists and 25,000 Italian Fascists backed by the Nazi Condor Legion's bombers.

The anarchist militia of the Spanish Revolution are usually reduced by historians to only the Durruti Column, Ascaso Column, Land and Freedom Column, and Iron Column, but as this nearly-complete list shows, the phenomenon of the working class under arms was phenomenally widespread. "Confederal Milita" are those of the CNT-FAI-FIJL (or CNT-FAI-JJLL in Catalonia), while "Syndicalist Militia" are those of the Syndicalist Party. Note that I am *excluding* regular Republican Army units dominated by anarchists (though I indicate where anarchist columns were later militarised as part of that Army), or units formed by the Confederation and its allies but consisting primarily of professional soldiers, civil guards etc. I have also not indicated the four international centuries formed within the Durruti Column, the one formed within the Iron Column, the one within the Land and Liberty Column, and the one within the Ascaso Column, but do list the International Battalion in Basque Country as it was a free-standing reserve unit.