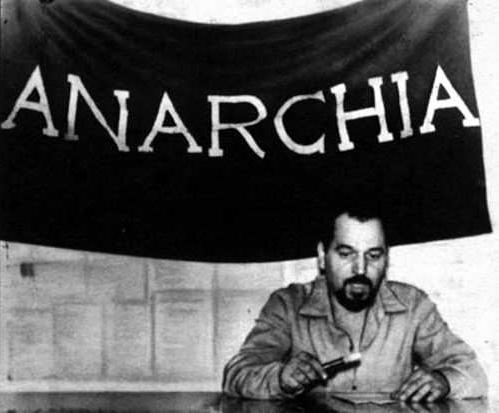 Anarchist railway worker turned anti-Fascist partisan fighter Giuseppe Pinelli (1928-1969) served in the GAP and went on to become secretary of the Anarchist Black Cross (ABC) in Italy. He was murdered in police custody in 1969, having been arrested for the Piazza Fontana bombing actually committed by neo-Fascists. His murder was the subject of the play Accidental Death of an Anarchist by Nobel Literature laureate Dario Fo. In 2002, I founded the 64th ABC chapter in the world, the ABC-Southern Africa (ABC-SA).

During the closing phases of World War II, anarchists were key to creating the anti-Fascist National Liberation Committee (CLN) in many areas: the Verona CLN was founded by Giovanni Domaschi (arrested and tortured by the SS, he was deported to a concentration camp in Germany and perished there); the Lucca and Garfagnana CLN was founded by Federico “Pippo” Peccianti; while the Piombino CLN was founded by Adriano Vanni; meanwhile in regions like Arezzo, Pisa and Livorno, the anarchists were represented on the CLN. In some regions, anarchists joined communist Garibaldi, socialist Matteotti, and republican Justice and Liberty resistance formations, such as the Garibaldi-Friuli Division in Fruili, the Justice and Liberty – Garibaldi unit in Brescia, the Garibaldi Brigades of Asti and Cuneo, the Di Vitis Division in Turin, the 78th Garibaldi Brigade in Ravenna, diverse partisan units in Marche, and the Vincenzo Baldazzi unit in Rome commanded by a republican by that name who was an old friend of Malatesta. But in provinces with the greatest anarchist strength, in particular Tuscany in the centre and Emilio-Romagna in the north, they formed their own partisan formations. Here is an incomplete list from my work-in-progress, Wildfire: