The Asian and African Impact of Portuguese Anarchism 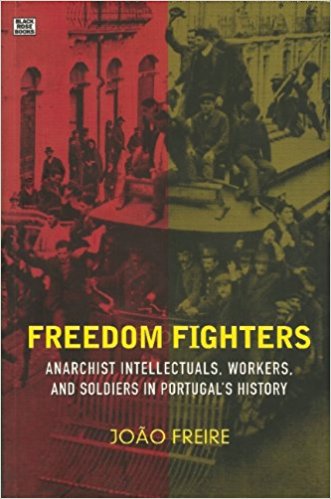 A good friend of mine is descended from one of the assassins in 1908 of King Carlos I of Portugal and his heir-apparent, Prince Royal Luís Filipe, which precipitated the fall of the monarchy in 1910. Overshadowed in most histories by the Spanish anarchist movement next door, the Portuguese movement may have been numerically smaller but was relatively, by head of population, a *larger* movement, with the anarcho-syndicalist General Confederation of Labour (CGT) achieving an almost totally hegemonic position in the working class until the rise of what became the quasi-fascist New State in 1927, the suppression of free labour and the imposition of what was tellingly named "national syndicalism". Its impact was also felt as far afield as Brazil and Lisbon's colonies such as Mozambique or Macau, where the early labour movements were built in part by exiled Portuguese anarchists.

In 1892 a law was introduced in Portugal enabling the deportation of anarchist agitators to the Portuguese colonies of Angola, Azores, Guinea-Bissau, Macau, Mozambique and Timor. Sometimes deportation followed jail time in Portugal, and it typically involved further penal servitude in the colonies, sometimes followed by indefinite banishment. As Freire notes, the 1892 anti-anarchist law was followed in 1896 by a law – applied retroactively – enabling deportation for speeches and publications that promoted or defended anarchist acts, with six months in prison to be followed by indefinite deportation; any newspaper that reported on anarchist activities or police actions against anarchists also faced closure and charges against the editor.

As a result of these laws, several hundred anarchists were deported, mainly to East Timor; an unknown number were sent to Goa, India, and many were also sent to the African colonies and the Azores. Some continued their activities in these countries: for example, two Portuguese anarchists deported from their homeland for their political activities, José Carvalho and Manuel Coelho Traficante, started an anarchist group in Macau called The Dawn of Liberty, but were were again deported, this time to Timor, for their pains. To my knowledge The Dawn of Liberty was the first anarchist group in China - and the seeds it planted appear to have flowered exceptionally well, for south China became an anarchist stronghold, with anarcho-syndicalists building China's first modern union in Guangzhou in 1918, the Teahouse Labour Union, which drew 11,000 members from among trade guilds and teahouse employees, while British-occupied Hong Kong saw a strong IWW current develop. 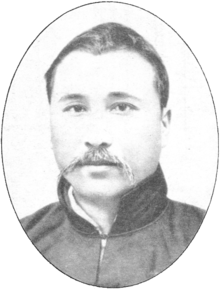 Guangzhou even came under anarchist administration over 1921-1923 thanks to the influence of Chen Jiongming (1878-1933). According to Sanderson Beck, Chen’s anarchist-influenced federalism resulted in one of the rare instances outside of Manchuria of Chinese anarchists wielding power over a substantial region, their traditional stronghold of Guangzhou: “The anarchist general Chen Jiongming regained Guangzhou, and he called [republican general] Sun Yat-sen back in October 1920. They set up a republican government in April 1921, and 225 members of the old Parliament under the 1912 constitution elected Sun president. He [Sun] accepted the autonomy [from the Peking republican government] of the [Guangzhou] provincial government with Chen Jiongming as governor and commander of the Cantonese army. Chen promulgated a provincial constitution and limited military expenditures to 30% of the budget while reserving 20% for education… Chen Jiongming’s anarchist friends led the trade unions.” Sun later tried to dismiss Chen “but he was popular from his victories in Guangxi” and it was Sun himself who was forced to flee by Chen’s anarchist forces to Hong Kong in a British gunboat. Sadly, this example of an attempt at pragmatic anarchist counter-power appears to be poorly studied. 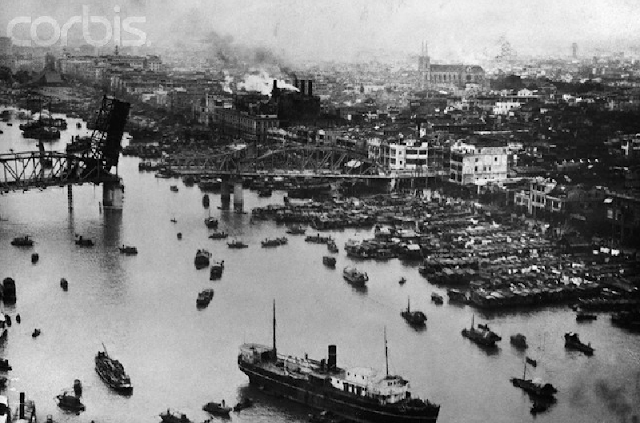 The anarchist impact in Portuguese-colonised Africa was likewise notable but understudied. According to Lucien van der Walt, “After 1896 to 1905, a number of deported Portuguese served time in jail in Mozambique. In November 1896, the Transvaal government was informed by the Portuguese Embassy in Pretoria that the anarchist Joao Manuel Rodrigues had escaped imprisonment on the transport ship Africa when it docked in Cape Town en route to East Timor, and might be seeking refuge in Pretoria. He was not, it seems, recaptured. Gilberto dos Santos also escaped in Cape Town, but was recaptured and died soon after of bilious fever. Several anarchists were held in Angola, Guinea-Bissau and Mozambique, one of whom, António Caldiera, made a ‘spectacular escape’ from penal servitude in Angola and re-entered Lisbon where he was recaptured in 1905 and sent to Guinea-Bissau. After a republican government was established in Portugal in 1910, the anarchist printer and deportee José Estevam was set free in Mozambique, but he was imprisoned again when he set up a Revolutionary League in the port of Lourenço-Marques. He was, however, only one of several Portuguese anarchists and revolutionary syndicalists active in Lourenço-Marques in the first two decades of the 20th Century. The local press in Lourenço-Marques leaves no doubt about the presence of convinced and militant anarchists, and the revolutionary syndicalism of the CGT, whose newspaper A Batalha (The Battle) was available in Lourenço-Marques, remained the dominant orientation of trade union radicals in the city until at least 1927." 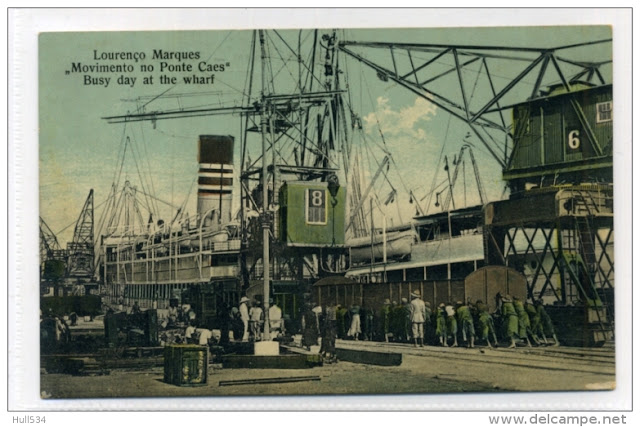 Lourenço-Marques harbour, under revolutionary syndicalist influence, in the 1910s

Founded in 1919 as an anarcho-syndicalist restructuring of the National Workers' Union (UON) which had been founded with 50,000 workers in 1914, the Portuguese CGT initially represented 147 unions, as well as a powerful Syndicalist Youth (JS) wing. The CGT newspaper A Batalha achieved a daily circulation of 25,000 by 1920. The CGT won the right to an eight-hour working day, and on the basis of this strength, became the only national Portuguese labour organisation until 1924 when a very much smaller Communist Party union centre was established. By 1922, the CGT reached 90,000 members (anarchist historians like Rudolf Rocker claim a figure of 150,000, which would effectively mean that every fifth Portuguese citizen was a CGT militant, a rather unbelievable figure). The CGT's membership declined over 1923 and 1924 to 55,000 because of repression, and a certain amount of bleeding due to the Portuguese Communist Party (PCP). Yet the communist challenge saw the CGT mobilise: by 1925, 70,000 members had rallied to its flags and A Batalha was circulating 50,000 copies daily, making it the second-largest daily newspaper in Portugal of any political orientation, though it was often read out to large groups of illiterate workers so its influence was exceptionally broad.

As with developments in Spain, however, the growth of the Portuguese anarchist movement was interrupted by a military coup, in 1926. The Portuguese Anarchist Union (UAP) was suppressed, the CGT severely restricted, and many militants deported to the colonies, especially to Timor, Angola and Mozambique. After a failed insurrection in 1927, the CGT was driven underground and its headquarters and presses were seized. The PCP fared even worse: in 1928, its total membership stood between fifty and seventy.

By 1933, the year in which Salazar built his New State, ordered the dissolution of the existing trade unions and the creation of fascist-styled corporatist unions, the CGT's clandestine membership was estimated at 15,000. In that year all anarchist activity went underground, but in 1934, all clandestine trade unions and proletarian "revolutionary committees" embarked on a general strike in protest. A state of siege was declared and there was widespread and armed resistance and sabotage. In Marhina Grande, north of Lisbon, working people stormed the barracks and seized weapons and the local revolutionary committees which consisted of both CGT and PCP militants declared a soviet. But the soviet was defeated after two days of fierce fighting. Many militants were deported to Portugal's Asian and African colonies (especially Angola and Cape Verde) and concentration camps were set up all across Portugal. An assassination attempt on Salazar by CGT secretary-general Emidio Santana failed.

Due to the clandestine nature of their struggles under fascism, the number of Portuguese anarchist groups in the 1930s fell to 12, compared to the 49 that had operated in the 1920s, but in 1931, a Portuguese Libertarian Alliance (ALP) was founded, networking groups in five centres. Changing its name the following year to the Portuguese Regional Anarchist Federation (FARP), the alliance had as its mouthpiece Terra e Liberdade (Land and Liberty) and the Libertarian Youth (JJLL) as its youth wing, worked in parallel to the FAI and managed to survive repression.

The peninsular Iberian Anarchist Federation (FAI), established in 1927, held a joint congress with the FARP in early 1936 during the Spanish Revolution and the following year, the CGT, FARP and JJLL discussed establishing a united front with the Communists and other anti-facists, as well as a common prisoner-relief organisation and a joint Revolutionary Youth Front, but ideological differences and the role of the Spanish Communist Party (PCE) in the Spanish Revolution saw the attempt founder. In fact in the 1930s, the communists slowly gained control of the clandestine trade unions from the anarchists and their Intersyndical Committee (CI) rose to 25,000 members. The hand of the Salazar regime weighed down heavily on the anarchists, but the movement was not dead: when Salazar sent 40,000 troops to aid Franco, the crews of three navy ships mutinied until shelled by shore batteries. By 1938, the Portuguese FARP and its allied CGT, cut off by the Spanish fascists from anarchist Spain, were hammered by a new wave of domestic fascist repression, although the CGT still claimed 50,000 underground members.

I guess it's easy to forget that Portugal's authoritarian state of affairs persisted far longer than the nasty, brutish and short Nazi regime or even Franco's long-lived autocracy, until the Carnation Revolution of 1974 and Portugal's withdrawal from its African empire. Sadly, because of this long winter, the Portuguese anarchist movement today remains a fringe shadow of its former self with no connecting tissue to previous generations (in the 1950s, the few Angolan anarchists, for example, had to subsume themselves into the dominant Marxist politics of the liberation movements such as the People's Movement for the Liberation of Angola, MPLA). And here I must personally thank Friere for his very helpful messages pointing to the existence of a minority anarchist tendency in the post-war Angolan liberation movement.

Freire's much needed study is commendably analytical rather than anecdotal, backed with statistics and tables. In particular it covers the key role of the anarchist movement which had managed to penetrate the armed forces in overthrowing the monarchy in 1911 alongside the republicans - curiously similarly to what occurred in China in the same year - largely because of a desire to take Portuguese society out of its stagnation and to modernise it. Friere's book is an important study in English of this understudied movement, and an important recovery of memory from the darkness that was the Salazarist era.