Not Night, but An Absence of Stars

Not Night, but An Absence of Stars is an international, multilingual, multimedia project on massacre and memory initiated by project manager Mase Moloi (Lesotho) and co-creative directors Rasha Salti (Lebanon) and Michael Schmidt (South Africa). The project is busy putting together its Curators' Collective and so far looks like it will include curators from Iran, Russia, Turkey, Algeria, Morocco, and the USA, but more will be drafted in to cover the Portuguese, Spanish, Hindi and Chinese languages in particular. 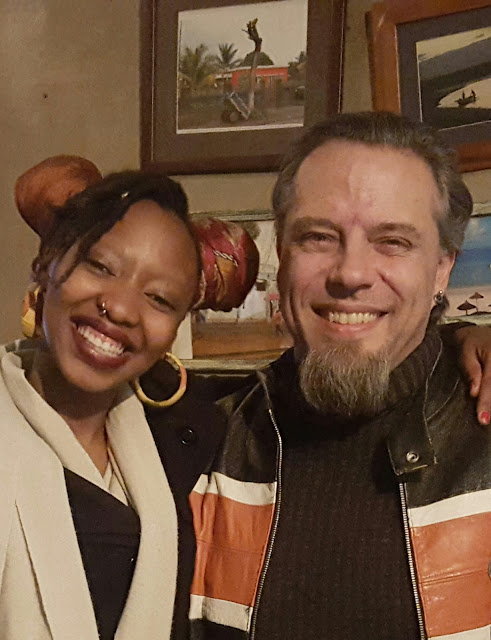 When we contemplate the abyss of the deliberate obliteration of individuals and entire peoples, sacrificed to political expediency, we know in our bones that massacre, torture and disappearance are employed not merely to destroy flesh, but to annihilate memory, and the very reason for being of those targeted.
Not Night, but An Absence of Stars is an international multilingual arts project, conceived primarily as an attempt to recombine the DNA of the forsaken, to retrace the visceral, lively presence of those who have been erased, and restore their reason for being.
Using the raw materials of history and of the heart, it is an interrogation of grief, of a marrow-deep saudade for the humanity we have lost – but also an ambient encounter with the intimate maps of memory, a forensic meditation on the subterranean architecture of rehumanisation, and an assaying of the promise of restorative justice.

One embarkation point for African slaves headed for the American Colonies, the Senegalese island of Gorée, is called the “Point of No Return,” for many leavers their graves-to-be not even the fecund rot of far-off plantations, but the shifting grey forgetfulness of the ocean.
The Nazis cynically nicknamed the route to the gas-chambers in their extermination camps the “Pathway to Heaven,” and the converging railway lines inexorably drawing the viewer’s eyes to the terrible terminus of Auschwitz is probably the most infamous yet indelible image of a point of no return, the ultimate mournful milepost, standing on the brink of utter annihilation, am dem abgrund [at the abyss].
Auschwitz is one of the most heavily freighted of the world’s awful exits. But there are many other points of departure that are unmarked, unremarkable, whose saturated evil is only visible to initiates of the eerie atmospherics of irrevocable oblivion.
The remote dirt airfields of Namibia from whence some 200 detainees were drugged, bludgeoned and thrown from light aircraft to drown in the Atlantic Ocean in the 1980s…
The bank of the Seine in Paris where perhaps as many as 200 Algerian protestors were murdered and thrown into the river in 1961, the “Secret Massacre” only officially admitted to in 1998…
The bland square of the town of Mueda in the far north of Mozambique where the Portuguese gunned down maybe 500 people who’d simply been asking for better wages, in an ambush in 1960…
The Katyn Forest in Poland, Tlatelolco Zocalo in Mexico City, Villa Grimaldi in Chile, Orletti Motors in Buenos Aires, Srebrenica, Beirut, Tehran, Phnom Penh, Tiananmen, Tahiti, Hiroshima… the names of some points of departure hammer down the years in the rhythm of some ghastly rollcall of the dead, drumming, worn through the fingers as the rosary and the dhikr.
The secret prisons in Rabat, the mass graves of Civil War Spain, Constantine in Algeria, Butare in southern Rwanda, Vlakplaas in South Africa… other points of departure leave no sound at all, the cries, the blackened blood and the few flowers, secretively left, long since absorbed into their tainted soil as if they never were.
In denying the night of annihilation, we “rage against the dying of the light” – yet also know that this is truly deepest night, one in which all points of light and guidance have been obliterated. So, this is an unbook of loss, an unchoir of the vanished who silently endure the crushing abyssal weight of neglect as present, unnamed unghosts, their unbeing not night, but an absence of stars.
The pages of this project are bound neither by time, nor tears nor soil; they are scattered on the winds, ashes that sting our eyes. 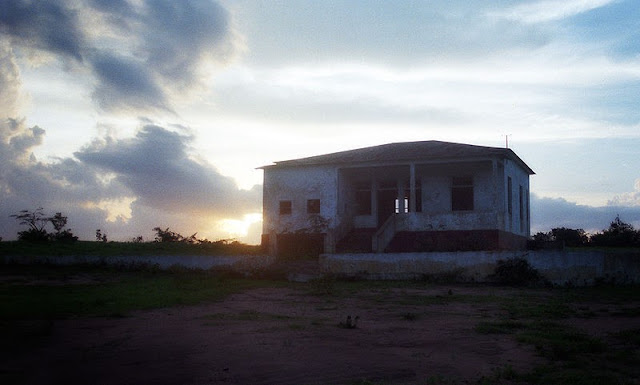 The scene of the Mueda Massacre, Cabo Delgado, Mozambique, where on 16 June 1960 colonial Salazarist forces gunned down 500-600 people of colour whose leaders were meeting with the authorities to try and negotiate wage increases.

Posted by Michael Schmidt at 08:34