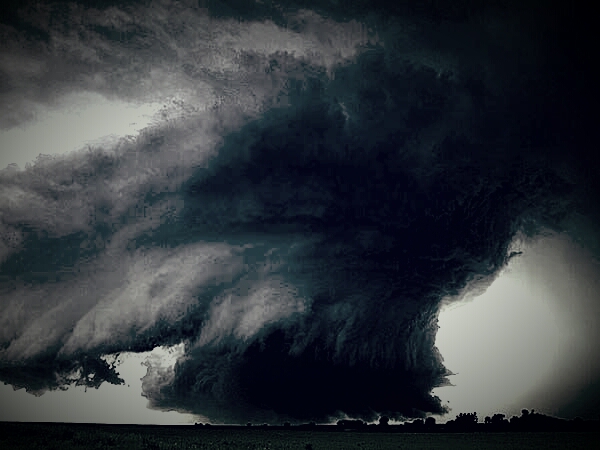 My writing of the text of In the Shadow of a Hurricane crossed the half-million-word mark this time last week - meaning that published it will be well over a thousand pages long! But it is almost completed, after 18 years' research in 14 languages. Because of its extreme length, I cut the entire Part 6 which was a series of theoretical-practical explorations of global anarchist praxis today (this will become a separate book or monograph); I also dropped the Thematic Index for the same reason. I have recently translated the only book on the Belorussian anarchist movement and am now rewriting the very final sections, assessing revolutionary Spain. Here is the updated contents table.:

Chapter 2: Anarchist Mass Organisation 1860s-1930s: the Andes, Central America, and the Caribbean
(Bolivia and Peru: the FOL, FORPe, Petronila Infantes, Manuel González Prada, Rafael Tupayachi and the indigenous question; Colombia and Ecuador: Juan Francisco Moncaleano, the CON, MTWIU and FTRE and dockside syndicalism; Venezuela, French Guyana and Surinam: the UOV and SAF in the margins of Bolivarismo and colonialism; Mexico: the PLM, COM, Lucha, CGT and FAC, Emiliano Zapata, the Flores Magón brothers, Antonio Gomes y Soto, Juana Belém Gutiérrez de Mendoza and the Mexican Revolution of 1910-1920; Nicaragua and Central America: Augusto Sandino, the CAS, FOH and the “banana republics”; Puerto Rico: the FLT, Louisa Capetilla and the question of who gets to wear the pants; Cuba: Enrique Roig San Martin, the FTC, FGAC, and the CNOC against imperialism, bigotry and the dictatorial elite)

Chapter 4: Anarchist Mass Organisation 1860s-1930s: Eastern and Central Europe
(Pre-Revolutionary Russia, the Ukraine, Belorussia, and the Georgian Commune of 1905-1907: the NWU, Cherny Peredyel, Afanasy Matiushenko and Varlaam Cherkezeshvili among the narodniks, nationalists and terrorists; Poland, Finland and the Baltics: the ZZZ, FAKGPiL and the shadow of Imperial Russia; Hungary and Austria: the URW, URS, Sandor Czismadia, Ervin Szabó and Leo Rothziegel in the heart of the empire; Czechoslovakia: the FČAK, ZJH-O, Bohuslav Vrbenský and the seductions of national liberation; Yugoslavia and the Balkans: Miloš Krpan, Krsto Cicvarić, Paul Zorkine and the direktaši workers’ faction; Bulgaria, Macedonia and Romania: the LCB, FAKB, BONSF, FAY, Mikhail Guerdzhikov, Gueorgui Cheitanov, Mariola Sirakova, Manol Vassev and platformism armed; Greece: the Democratic Popular League of Patras, “Kostas” Speras, the SEMS and the lessons of direct democracy)

Chapter 7: The Global Rupture of 1914-1923, and the Russian and Ukrainian Revolutions
(The Global Rupture: ten years that shook the world; the Russian anarchists of the PAF, PAKF and MFAG and the February Revolution of 1917; The PAKF, Iosif Bleikhman and the July Days; anarchists in the October Revolution of 1917; Anarchists in the Soviets, Factory Committees and the emergent Bolshevik state; The Kronstadt Uprising and a “Third Revolution”; Marusya Nikiforova, Nestor Makhno, the Black Guards and proletarian counter-power in Ukraine; The RPAU, Nabat and KBOP: the Ukrainian Revolution and Bolshevik Counter-revolution; Makhnovist resistance to Bolshevik treachery; Anarchist resistance in Belorussia and the West; Nestor Kalandarishvili, G.F. Rogov, I.P. Novoselov, the AFA and the defence of the Revolution in Siberia, Central Asia and the Far East)

Chapter 8: A Blazing Star at Midnight: Anarchist Resistance to Red and Brown Corporate States
(The anarchist underground in Ukraine, Belorussia, Russia and Siberia: the neo-Makhnovist resistance; Anarchism versus fascism in Spain: power and counter-power contest; The July Revolution against Falangism and militarist-clerical-monarchist reaction: the CNT Defence Committees victorious; The proletariat in arms: the people’s militia and confederal mechanised infantry columns; The heart of the Revolution in agriculture, industry and society: the redoubts of Aragón and Lleida, and the multiple roles of Mujeres Libres; Fascist, bourgeois, communist – and “libertarian” – counter-revolution; The Friends of Durruti-led revolutionary current attempts to rescue the Revolution; Rearguard, collapse and the bitter arguments of the exile MLE; West European partisans against brown fascism; East European partisans against red fascism)

Chapter 9: The Cold War, Syndicalists, Guerrillas and Anti-Imperialism, 1945-1975
(Syndicalism after the war: the Metropole and New Zealand; Syndicalism after the war: the Latin Heartland; The MLNA, MDC and traces of libertarian socialism in Africa; Ghadarite and anarchist echoes in India and Indonesia; Vietnamese and Algerian anarchists and the dismantling of the French Empire; Revival and reformism in East Asia: the Japanese Anarchist Federation, and the Korean moderate turn; Cracks in the Communist Bloc: the Black Flag Rebellion of 1953 in the Gulag, the Hungarian Revolt of 1956, and Chu Cha Pei’s guerrilla actions; Anarchist resistance in the Heartland: the CNT-Interior and the anti-Francoist guerrillas, Argentina, Bolivia, Brazil, and Chile; The Cuban Revolution and Counter-Revolution; The “New Left” and counter-culture, Prague Spring and the Global Revolt of 1968-1969; Shengwulian: libertarian socialism re-emerges in China; Yugoslav “syndicalism” and Caribbean “self-management”; Post-war counter-power: the Uruguayan citadel of the FAU and CNT; Anarchist guerrilla forces in the Heartland: OPR-33, ROE, PVP, Resistencia Libertaria, and the MIR versus the Operation Condor death-squads; Anarchist guerrilla forces in the Metropole and Japan: Defensa Interior and the GPM-MIL-GARI Iine, the Angry Brigade and other insurgents)

Chapter 10: Neo-liberalism, Fascist / Soviet Collapse and Anarchist Reconstruction, 1976-2016
(The collapse of Iberian fascism and the resurgence of anarchism; Anarchist alternatives to authoritarian autonomism in the Metropole; Turkey, the Middle East, Shagila, the CHK and the Iranian Revolution of 1978-1979; Japan, South Korea, India and resistance in the Far East: the Gwangju Free Commune of 1980; Zapatismo, Magónismo, the FAT, FAM, EZLN, CIPO-RFM, and resistance in the Andes; Self-management and factory occupations in the Southern Cone; African anarchism versus capitalist “liberation movements”: the PALIR, Awareness League, IWW, and ZACF choose libertarian federalism over tribal centralism; Seeds beneath the snow: the end of the Soviet Empire and the re-emergence of anarchist mass organisations; Twilight of the IWA, and the rise of the CGT and the independent revolutionary and grassroots syndicalist unions; Social insertion in the new millennium: the anarchist movement flowers again; The RKAS-NM and its neo-Makhnovist revolutionary project in Ukraine; The Arab Spring and the Rojava Revolution of 2012-today: autonomous directly-democratic confederalism, anarchist guerrillas, and women’s liberation; Instead of a conclusion: surfing the Seventh Wave)