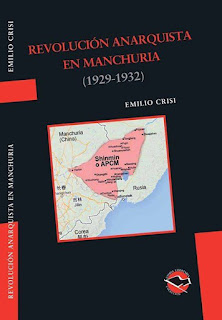 A Map Towards Revolution: An Interview with Michael Schmidt 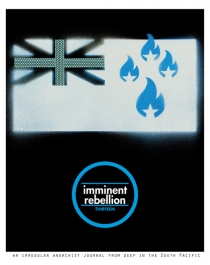 Unequal Siamese Twins: A review of Felipe Fernández-Armesto's The Americas: The History of a Hemisphere 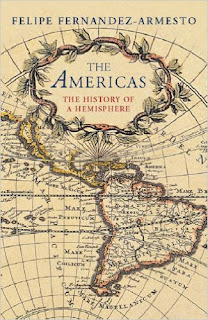 In a world of specialists, generalists are usually underappreciated and histories of entire continents are a rarity, but fortunately that is starting to change with the decline of narrow nationalistic histories in favour of advances in transnational studies, as well as the current fad of sweeping histories-of-everything swabbed on big canvasses. That is not to say that Fernández-Armesto does a shoddy job: on the contrary, his tale of the reversal of the magnetic pole of fortune that defined success in the Americas since the precolonial era, though it does have the world-weariness of the veteran historian tired of debunking myths, is nevertheless told with the pace and spicing of the raconteur fully at home with his topic.
He does end on a rather wistful note – that people tend to believe in historical myths that by sheer virtue of their propagation gain the weight of truth, rather than in historical truths – but he has adjusted some of my preconceptions and shattered several of my prejudices regarding the uneven state of development across the continent. Or is it continents? – And that is where he begins, with an exploration about whether there are truly two Americas or rather one, concluding that for the early explorers, the New World was seen as a whole, a whole that expanded dramatically beyond their initial expectations of finding a few spice-bearing islands.
He deals with the remarkable early human settlements, particularly the two-way traffic between Asia and Alaska when the Bering Strait for some 60,000 ice-bound years offered a land bridge, and the question of the variety of environments in which this occurred, noting that until the 18th Century, the North American Great Plains were sterile vacancies, while civilisations rose in the Amazon jungle. He rushes through the human-driven extinctions of what could have been domesticable species (this was long before Chief Seattle’s famous reported words of earth-husbandry), and into the domestication of maize, squash and beans in particular, then settles down like the ancient Mezoamericans and Andeans to discuss in more detail the rise of the early city-states and empires.
Seized practically intact by Hernando Cortéz, the Aztec Empire and others like it, with a significant overlay of Iberian culture and architecture, laid the foundation for the spectacular wealth of colonial Spain and Portugal: and not just in gold and silver, for great universities were established, and women writers like the poet Sor Juana de la Cruz came to prominence in what is today Mexico in the 1500s, while Brazil’s world-influencing artists in the 1700s included slave-born blacks like Manuel da Cunha and mulattos like Aleijadhino, while North Americans languished as trappers and fishermen unconcerned with the arts. This focus on the arts is welcome as it is an often-missing element in most histories, yet gives insight into the hearts of peoples. I visited Seville in Andalusia last year, and marvelled at its palaces representing Spain’s colonial possessions: it is hard today to find traces of that pre-eminence.
I won’t spoil the read by revealing Fernández-Armesto’s key thesis on why the fortunes of the North later eclipsed those of the South, but he comes into his own discussing the similarities between the “two” Americas and is particularly revealing when tackling the racist myths of inherent Anglo-Saxon supremacy via the supposed virtues of Protestant industriousness over the supposedly indolent Catholic Latins (“Hot tempers, hot peppers and hot weather seem well-matched,” he quips sardonically). He debunks these notions by, for instance, showing that Catholicism is today the largest confession in the USA, while Protestants have more priests than Catholics in Brazil, and by noting the non-Latin heritage of much of “Latin” America – Belize, Jamaica, Bermuda and much of the Caribbean, Surinam and the Guyanas, not to mention the huge Japanese presence in Brazil, or the significant Welsh and German influences on the Argentines, or the two centuries of British dominance in Chile – and the Latinisation of much of the US South-West.
He also refreshingly overturns convention by posing North American culture as communalist (even proto-socialist in its frontier era), while posing Latin American culture as individualist (though he mistakenly includes a proclivity towards anarchism – for the first two decades of the 20th Century, the region’s leading industrial organising force – in this formula). I fear he does not tackle what fellow British historian Niall Ferguson in his book Civilisation: The West and the Rest, claims is one of the defining differences between the North and the South: universal access to land-ownership by frontier farmers in the North (in dispossessing the Native Americans) meant the North was able to escape the trap of the South’s latifundistas who to this day hold most of the arable land, while the majority work it for them. But he does deal with the manner in which Native American near-extinction in the North created a huge labour hunger that drove massive European immigration into the North in the 19th Century which transformed the Great Plains into the bread basket of the world, while much of Latin America’s indigenes were retained as ranch and plantation labour and the frontier – especially the jungles, oceans and tundra – remained under-exploited.
In sum it’s a concise, very approachable – and at many points very quotable – introduction to a great and complex topic that pokes holes in many hot-air assumptions, misconceptions and deliberate distortions about this unequal, yet Siamese-twinned continent.
Posted by Michael Schmidt at 03:35 No comments: 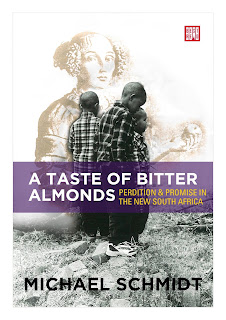 Posted by Michael Schmidt at 03:24 No comments: