The Myth that is Cuba

The Myth that is Cuba - Michael Schmidt 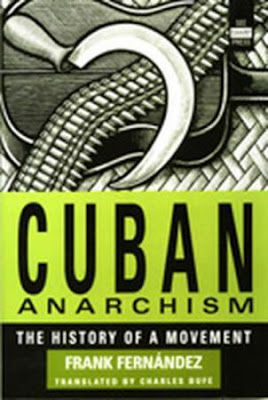 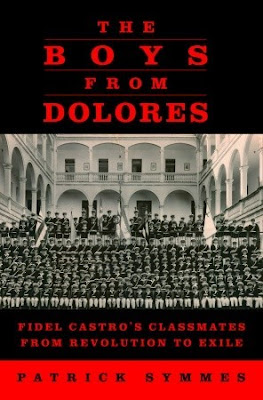 It was in Oriente province that a young Fidel Castro, the son of a labour broker, first came to the approving attention of the Santiago newspapers for beating striking black Haitian cane-cutters with the flat of his machete. Journalist Patrick Symmes’ book The Boys from Dolores: Fidel Castro and his Generation – from Revolution to Exile, shows that the young Castro was a huge fan of Mussolini (and of the usual Latino strongman cult in general), enthralling his mates by imitating Il Duce’s speeches from a school balcony. When the Nazis invaded Poland in 1939, Castro, who had often fallen asleep reading Mein Kampf, according to classmate José Antonio Cubeñas, walked out onto the balcony proclaiming it “our first victory” (though Cubeñas stated that Castro was never an ideological fascist and definitely not an anti-Semite).
Now this could all be put down to youthful dilettantism, if it were not that the adult Castro continued to refine and deepen his right-wing politics, joining the Orthodox Party, the name of which is a dead giveaway to its sober bourgeois pretensions. As is known, Castro later served time for his brave 1953 assault on the Moncada Barracks as a leader of the M26J, then a heterogenous anti-Batista resistance organisation that included anarchists in its ranks, as its black-and-red colours testify.
In the final phase of the revolution against Batista's second dictatorship – conducted by many forces other than the Castroites, including the anarchists and the equally forgotten Catholic conservative Student Revolutionary Directorate (DRE) – the head of the joint chiefs of staff, General Eulogio Cantillo (to whom the fleeing Batista had secretly handed power in 1959) defected with the army to the tiny 800-strong Castroite insurgency. As a result, Castro inherited control of the 20,000-strong Cuban armed forces by default and almost peacefully. With the army under his tacit control, his final triumphant 1959 “March on Havana” was as incident-free and as stage-managed as the 1922 “March on Rome” organised by his hero Mussolini had been.
And once in power, in typical Latino strongman style, Castro used the military to crush all dissent – including other anti-Batista organisations like the ALC, CGT and DRE – militarised and impoverished Cuban society (with Ché Guevara briefly acting as a judge, ordering the execution of about 50 men, then serving as president of the national bank and seizing the savings of the common people), destroyed the 80-year old free labour movement which had survived the liberation war and two periods of dictatorship by corporatising the unions along Fascist lines, and building a strongman personality cult around himself after, it was rumoured, he eliminated his charismatic rival within the movement, Camilo Cienfuegos, in a mysterious plane-crash. 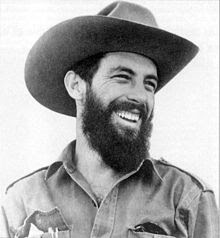 Anarchist-sympathetic, Camilo Ciefuegos may have been assassinated on Fidel Castro's orders.

Tellingly, Symmes records that an old school-friend of Castro's, Luis “Lundy” Aguilar, on visiting Castro at his penthouse suite in the requisitioned Havana Hilton in the early days after Castro came to power, was shown the leader's bedroom: “Lundy spied the books on Castro’s night table: a volume on Marx that looked, from its smooth spine, like it had never been opened, and a well-thumbed copy of the speeches of Perón.” It was only three years after the Revolution, when the American blockade forced Cuba to turn to the Soviet Union to buy its sugar crop (the rider in the agreement being that Cuba align ideologically with the Soviets and vindicate the Batista-tainted PCC), that Castro famously declared he had “always been” a communist. Yet from 1967, Cuba’s biggest trading partner was not, in fact, the USSR, but Francoist Spain.
Still it comes as a shock to those who look at the surface not the substance of politics that Cuba's self-proclaimed “Maximum Leader” was a lifelong friend of Nazi-friendly Juan Perón whose “Third Way” right-populist regime welcomed Nazis and other fascists fleeing the gallows in post-war Europe. Castro declared three days of national mourning on Perón’s death a year after he regained the Argentine presidency in 1973 after a long period in the political wilderness since being ousted in 1955.
The man who was primarily responsible for the convergence between Castro and Perón was John William Cooke, the leading ideologue of left-Perónism. Persecuted by Perón’s successors, Cooke fled to Cuba in 1959, remaining there until October 1963 where, according to a biography, “he became enthusiastic about the Revolution, carried out various tasks in support of the regime, established a friendship with Ernesto Guevara and began the long task of rapprochement between Perónism and Castroism... He maintained an intense correspondence with Perón, only interrupted in 1966, and tried to convince him to declare his support for Cuba and to change his address in Madrid for Havana.”
From at least 1961, Guevara was in contact with Perón’s right-hand man, Angel Borlenghi, who served eight years as Argentine Interior Minister: in his best-selling memoir about his friendship with Guevara, My Friend Ché (1968), the Argentine Radical Party politician Ricardo Rojo wrote: “Ché told Borlenghi that there’s no question about it that Perón was the most advanced embodiment of political and economic reform in Argentina... and under Ché’s guidance a rapport was established between the Cuban Revolution and the Perónist movement... Ché has in his possession a letter from Perón expressing admiration for Castro and the Cuban Revolution and Ché had raised the question of inviting Perón to settle in Havana…” 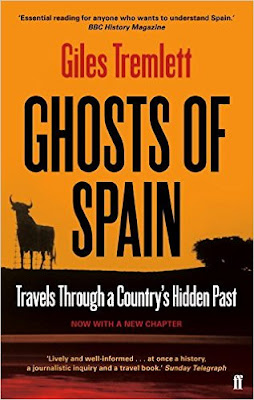 Yet Castro’s friendship with the ultra-right is not restricted to Perón. According to Giles Tremlett’s book Ghosts of Spain, Castro remained close friends until the latter’s death in 2012 with Manuel Fraga Iribarne, Generalissimo Francisco Franco’s longest-serving interior minister (meaning he was responsible for overseeing the executions of perhaps 200,000 perceived enemies of the regime in the wake of the fascist regime’s reconquista of the peninsula in 1939, equivalent to the number of German Jews liquidated under Hitler).
And it doesn’t end there: astoundingly, Fraga Iribarne’s bodyguard, until forced to resign in 1982 amid a public outcry, was none other than Rodolfo Almirón Sena, the former leader of the Argentine Anti-communist Alliance, the so-called “Triple-A” death-squad, that had blooded itself in the Dirty War, being held responsible for the murders of about 1,500 people, including left-Perónists. Sena died in prison in 2009, facing trial for crimes against humanity.
So in his intimate political compass, Castro stands revealed as not only a rather conventional Latin American military strongman, but also a distinctly fascist-oriented populist. But, you will no doubt splutter, what about the Cuban Communist Party? Surely it is they that run the Cuban state? The weird thing is that the Party ceased to exist in its own right in 1961, being absorbed into Castro’s mixed-bag Integrated Revolutionary Organisations (ORI) front in exactly the same way that Franco had deliberately blunted the edge of the radical fascists by incorporating the Falangists into his umbrella “FET de las JONS”.
The Cuban communists were notorious on the islands not only for having run the compliant “yellow” unions under Machado, but for having repeated the act, to their substantial benefit, with the hated Batista. So the Party was not only a potential challenger to Castro’s power, but a political polecat and so a liability: although the Soviets insisted it be rehabilitated, it had to have its influence diluted in a broader formation; the current so-called "Cuban Communist Party", established in 1975, is simply the corporatist mélange of the ORI renamed.
As an actual communist, however, Guevara made use of his elite access to a passport to get the hell out of Havana, finding his own denouement in the backwoods of Bolivia in 1967. The “communism” of the Castroite regime was a serious, if opportunistic geopolitical orientation in the Soviet era; but since the fall of the Berlin Wall, it has become merely an antiquated habit, much despised by the majority of the down-at-heel people of Cuba who drift like falling cards through their 1960s museum-piece of a country while the original, genuine embalmed communist, the Red King Raúl Castro, issues fantastical fiats.
This surreality is the real Cuba with which a psycho Hillary Clinton or a boorish Donald Trump will now have to negotiate. I agree it would be an outrage should McDonalds one day attempt to erect its ugly yellow arches against the Havana skyline, but nostalgia, real or imagined, is not at issue here: Cuba has had a parallel dollar economy since the latter days of Fidel, so it is clear that even Raúl cannot or will not stop capitalist creep; so the real issue is what political and societal change will come in on that tide? The Americans and tourism investors can in future restore the decrepit architecture of old Cuba to their hearts’ content, or pump in seed funding for thousands of new Cuban software entrepreneurs – but the real restorative work, the rescue of the independent spirit of the Cuban people from half a century of abuse, neglect and police-state micromanaging, and the rebuilding of their free unions and other anti-oligarchic organisations (which already exist in embryo), will be the real task of anyone interested in genuine popular democracy on the islands.
And we already know who these people are: In 1997, a Swedish Central Workers Organisation (SAC) delegation to Cuba discovered there was an active indigenous anarcho-syndicalist underground; by the 2000s, the historic Cuban Libertarian Movement (MLC) in exile in Mexico, Venezuela and France was rebuilding itself and established the Aid Group for the Libertarians and Independent Syndicalists in Cuba (GALSIC), which, as Fidel Castro's health failed, began to publish the bulletin Cuba Libertaria (Libertarian Cuba) from 2004; and finally, in 2015, the Anarchist Federation of Central America and the Caribbean (FACC), was founded, embracing organisations in Cuba, the Dominican Republic, the USA, El Salvador, Puerto Rico and the Dutch Antilles island of Bonaire. Time will tell whether such liberation politics will gain prevail in Cuba’s sultry climes.