In a victory for the memory of the tens of thousands murdered, last Friday, an Argentine court established that the US-backed Operation Condor death-squad operations in the cone of Latin America over 1968-1989 was in essence a supranational criminal association, and jailed former Argentine dictator Reynaldo Bignoni and 14 other military goons for crimes against humanity. Although sentences had been handed down to Condor operatives previously - Bignoni was already doing life for human rights violations committed during the junta's rule - this judgment sets an important legal precedent in the region. A self-declared blanket amnesty for the perpetrators was only overturned in 2005 - a full 22 years after the dictatorship ended in 1983. Here is a Telegraph piece on the sentencing: Telegraph on Operation Condor 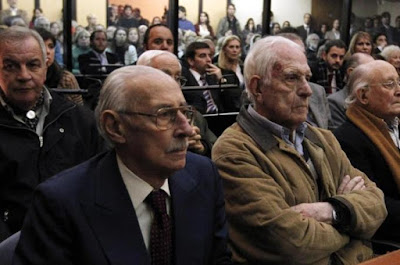 In my book Drinking With Ghosts (2014), I started with a comparative analysis of the apartheid regime under PW Botha and the Chilean dictatorship under Augusto Pinochet, as there as many similarities in terms of the numbers killed and their anti-communist orientation, then I ended the book asking why, when Guatemala, Argentina, Uruguay and other countries were making headway in prosecuting their murderous generals, South Africa's "miracle" democracy under Nelson Mandela had failed to do likewise. The Truth and Reconciliation Commission (TRC) in the mid-1990s has not yet even paid compensation to victims of apartheid, and other atrocities, such as the Operation Dual murder and disappearance of some 200 Swapo POWs who were drugged and dumped in the ocean, was not even known at the time of the TRC. I theorise that a "pact of forgetting", similar to that in post-Franco Spain has kept perpetrators on both sides of the autocracy/liberation divide mum. But I predict that one day, this pact - plus the blanket amnesty self-declared for the Operation Dual war criminals - will come unravelled. 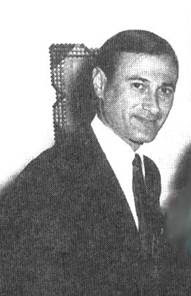 In the book, I particularly focus on the fate of militants and trade unionists from the 500-member Uruguayan Anarchist Federation (FAU), founded 50 years ago in 1956, which established a 400,000-strong National Convention of Workers (CNT), a 10,000-strong Student Worker Resistance (ROE) front, and its own armed wing of 100 guerrillas, the Revolutionary Popular Organisation - 33 Orientals (OPR-33). I wrote about the identification and reburial of the bones of FAU veteran Juan Carlos Mechoso's brother Alberto "Pocho" Mechoso, also of the FAU, in 2012. One of those convicted on Friday was Uruguayan army Colonel Manuel Cordero Piacentini, who was a torturer at the infamous "black prison" of Orletti Motors in Buenos Aires. It was there that FAU/CNT syndicalist leaders such as Gerardo Gatti who had fled the Uruguayan dictatorship were tortured then murdered and "disappeared". 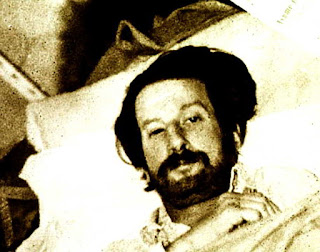 A tortured Gerardo Gatti in his cot at Orletti Motors

Patrice J McSherry, author of the definitive account in English of Operation Condor, Predatory States: Operation Condor and Covert War in Latin America (2005), in his article Death squads as parallel forces: Uruguay, Operation Condor, and the United States (2007), described the abduction of Mechoso and another comrade from the FAU-founded Party for the Victory of the People (PVP): “In the September 1976 wave of disappearances, the OCOA grupo de tareas [an Uruguayan death-squad], operating with Argentine commandos from SIDE [an intelligence agency], abducted PVP members Adalberto Soba and Alberto Mechoso in Argentina. The Condor commando seized them in a café. Later the commando surrounded Soba’s house and detained his wife and three children. They were taken to Orletti, where the family was put in a room. There they could hear the screams of the tortured and the sounds of the street outside. The oldest child, Sandro, was eight, and he related the experience in August 2006 at a trial in Uruguay on this case. Eventually [Col José] Gavazzo allowed them to see his father, he said. His father was nude, wet, and bound. His eyes were white, swollen with pus from electric torture, and he could barely speak, but he told his son to take care of his mother. Sandro’s father was never seen again." Many FAU/PVP members including popular school-teacher Elena Quinteros were likewise "disappeared". I will relate the story of the FAU's birth, growth, combat, suppression, and revival in Uruguayan Anarchism Armed, which is due out later this year. 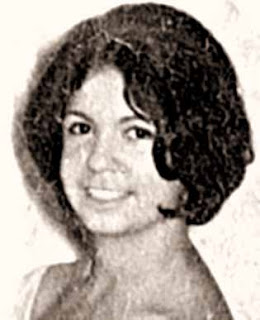