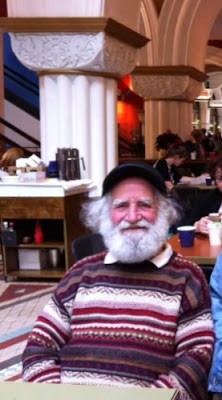 It is with sadness that I learned today that Jack Grancharoff, a veteran Bulgarian anarchist living in Quaama, New South Wales, Australia, had died last Sunday. Jack grew up as a shepherd-boy in Bulgaria, a country that had a powerful anarchist movement, the third-largest movement on the left after the agrarians and the communists, a movement that threw itself into the Macedonian liberation struggle against the Ottoman Empire in 1903, some 60 anarchists giving their lives in that cause, then organising the Bulgarian Anarchist Communist Federation (FAKB) in 1919 which fought against two fascist coups, in 1923 and in 1934, before going underground to fight against the Nazis during World War II. It is partly because of the widespread penetration of anarchist sentiment in Bulgaria - officially an ally of Berlin - that Bulgaria's 48,000 Jews were actively prevented from being railed to the Nazi death camps.

The movement emerged in strength after the war but was suppressed in 1948 by a cynical "Fatherland Front" regime composed of Soviet-backed communists, agrarians and the '34 fascists, with thousands of anarchists thrown into concentration camps such as Cuciyan (near Pernik, called by its inmates the "Caresses of Death"), Bogdanovol-Dol (called the "Camp of Shadows), Nojarevo, Tadorovo and Bosna. It was in these camps that a young Grancharoff, formerly an Agrarian Party activist, incarcerated as an "enemy of the state" came into contact with the anarchist movement. Many Bulgarian anarchists including FAKB veterans fled into exile in France where they established the Bulgarian Libertarian Union (ULB) that survived for 30 years until 1978 - but which seeded the establishment of the Bulgarian Anarchist Federation (FAB) in 1989 and of the anarcho-syndicalist Bulgarian Confederation of Labour (BKT) in 1991.

Other exiles settled in Australia, Grancharoff arriving in 1952, and establishing a Bulgarian anarchist group in Sydney that published a paper in Bulgarian that was distributed abroad. Grancharoff was an indefatigable public speaker in the cause of anarchism, and in 1965 (the year that an exile Spanish CNT sub-delegation was established in Australia), he was instrumental in starting the irregular journal Red & Black which was to publish for at least the next 30 years (I'm not sure when the last edition came out), establishing himself as one of the key proponents of anarchism in Australia. In 2006, Grancharoff was kind enough to write for me a synopsis called The Bulgarian Anarchist Movement, which provided much of the connecting tissue for what became my booklet Bulgarian Anarchism Armed (2008). I was fortunate enough to finally meet Grancharoff in 2014 after delivering a talk at the Victoria Trades Hall in Melbourne. Hamba kahle, Jack! 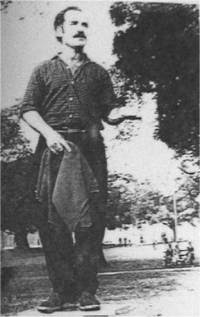 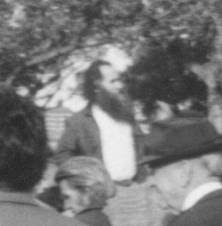