An early part of my political inspiration was drawn from the Zapatista Revolt in Chiapas, Mexico, starting in 1994, when a group of ex-Maoist turned libertarian communist guerrillas, the Ejercito Zapatista de Liberacion Nacional (EZLN), named after anarchist-influenced 1910s revolutionary leader Emiliano Zapata (below), launched the first post-Soviet anti-capitalist uprising. 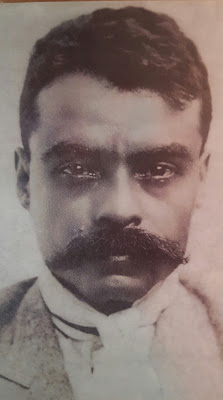 The EZLN, like the Makhnovist RPAU before it in Ukraine in 1918-1921, placed its armed forces under the control of plenaries of insurgent communities, and this fact drew the support of many anarchists, much as the PKK struggle in Rojava does today. Inspired by the Zapatistas, in 1996, I embarked on a mission to Chiapas as a delegate for the Durban Anarchist Federation to look at the San Andres Peace Accords between the EZLN and the government. Below is an an idealised image of EZLN spokesperson Sub-Commander Marcos (who is usually incorrectly called "the leader" by the Western press). 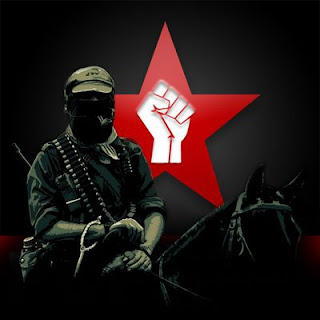 In 2001, the EZLN staged a march through Mexico City itself, and I wrote this retrospective piece for Sunday Times, probably the only piece on the Zapatistas to appear in the mainstream South African press: 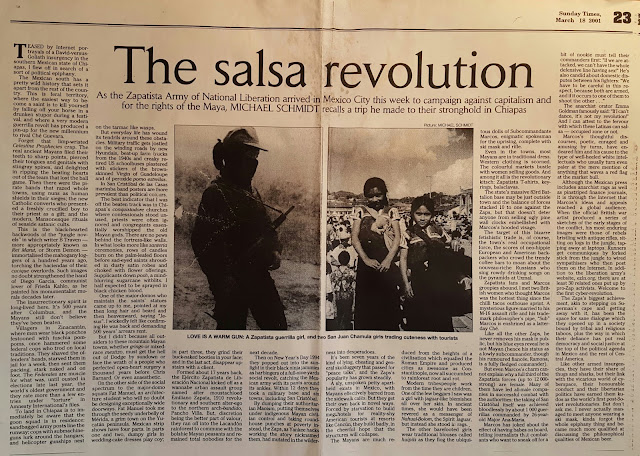 Then in 2009, I was back in Mexico, this time training journalists and international affairs students in covering conflict in transitional societies. In Guadalajara, I launched Lucien and my book Black Flame at a public talk on the topic of the journalist as activist that drew lessons from the Mexican revolutionary-era anarchist press of the PLM and used the Zapatista mural below as its opening image. 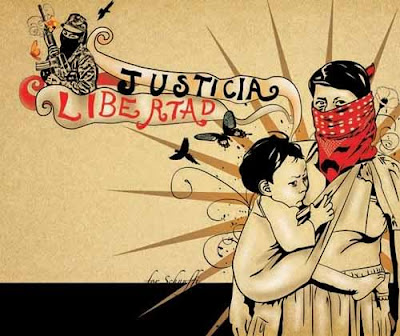 Today I googled news on the Zapatistas and only came across a few articles marking the 20th anniversary of the Revolt back in 2014, including a rather anaemic BBC piece Struggling on: Zapatistas 20 years after the uprising, and a better-rounded Al Jazeera article Are Mexico's Zapatista rebels still relevant? - plus a sympathetic yet critical Marxist piece in Jacobin from earlier this year An Unvanquished Movement. One thing is true: the Zapatistas restored dignity to endogenous communities in Chiapas and inspired a new generation of libertarian communist revolutionaries around the world - including myself.