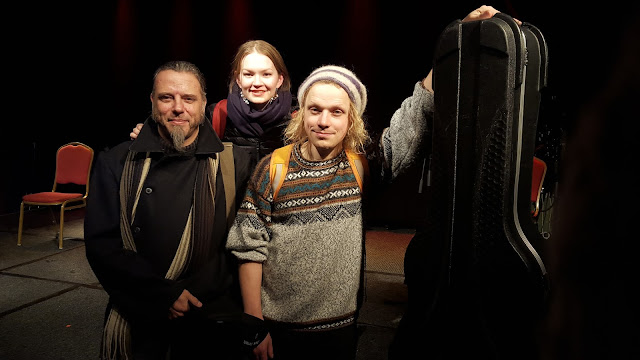 As the official Safe Havens 2017 rapporteur, I was delighted to record a performance by stirring endogenous Sámi folk joiker Marja Mortensson here whose work aims at restoring the South Sámi language from racially-enforced obscurity transnationally (Norway, Sweden, Finland, Russia and Ukraine) and Norwegian recouperator of banned songs Moddi Knutsen, whose book Unsongs: Forbidden Stories here tells the fascinating tales behind outlawed songs from Mexico to Britain to Israel to Vietnam. 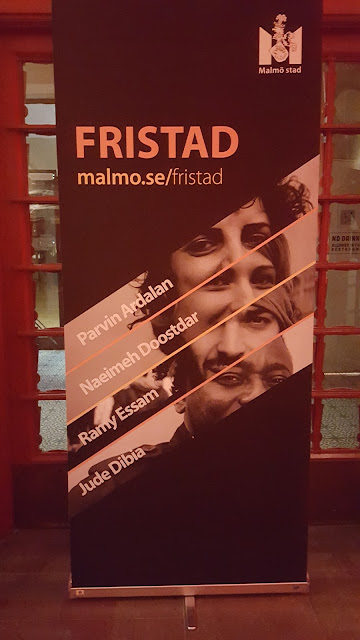 The International City of Refuge Malmö is host to several great exile talents who I am honoured to call friends: Iranian feminist author Parvin Ardalan (an interview on her stance against gender apartheid is here), Iranian journalist Naeimeh Doostdar (a brief talk on her prison experience is here), Egyptian rai-rock musician Ramy Essam (who is signed with Tom Morelo of Rage Against the Machine, and who this year recorded with the inimitable PJ Harvey on the refugee "crisis" here), and Nigerian gay rights activist-author Jude Dibia (an interview on his book Walking with Shadows, Nigeria's first gay-themed novel, is here). I drive the project to sign on Johannesburg, Cape Town, Stellenbosch and perhaps Windhoek to the rapidly expanding 68-member International Cities of Refuge Network (ICORN) the website of which is here. 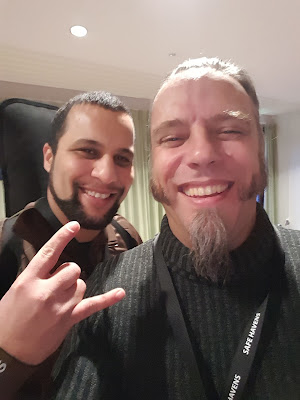 A new friend of mine is the very smart, erudite and multi-talented Tunisian sound designer Heny "Fusam" Maatar whose exploration of soundscapes ranges from metal to ambient - the latter very evident in his project 53hertzwhale, named after the one-of-a-species whale that sings alone in the north Pacific Ocean - and includes eerily evocative film such as the one he showed at Safe Havens leading into the discussion Post-Revolution Blues, on the way forward after the promise of the Arab Spring has been rolled back by military, Salafist and reactionary forces. Here is an example of his provocative anti-Salafist work. 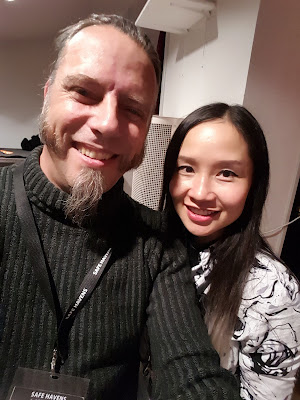 Vietnamese singer-activist Mai Khoi has been described as the "Vietnamese Lady Gaga" because of colour-shifting hair and techno hits like Saigon Boom Boom, but she is far more talented and far more hardcore. Barack Obama met with her last year after she stood against the powerful Vietnamese Communist Party as an independent on a pro-democratic ticket - and she later staged a one-woman street demo against Donald Trump. Although her influences include traditional and pop, her rock-blues protest guitar-backed songs like this are potent and searing, earning her the enmity of the security police who have raided her studio, had her evicted from her apartment, and tried to prevent her band The Dissidents from performing - but she refuses to be quiet. 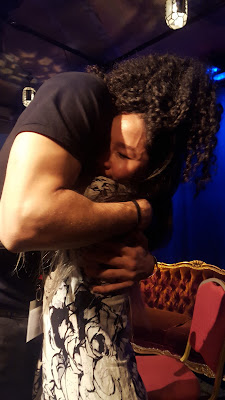 For sure, Mai Khoi really blew Ramy Essam away with her performance at Safe Havens. Here, Ramy gives Mai a huge hug after she finished playing. 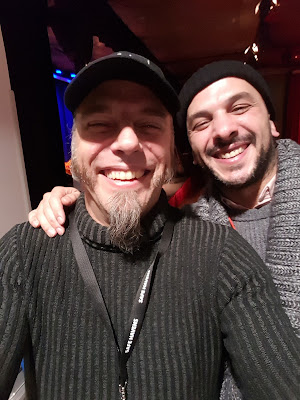 An older friend is Syrian conceptual artist Khaled Barekeh whose 2015 series of photographs of drowned Syrian and Palestinian boat refugee children, Multicultural Graveyard, was censored by the multinational anti-social corporation known as Facebook (I nickname it Vleisbook in Afrikaans - Fleshbook - for its ethical shallowness and corporatist values). His official website, which showcases his astounding diversity of vision and material formats, from sculpture to multimedia, is here. 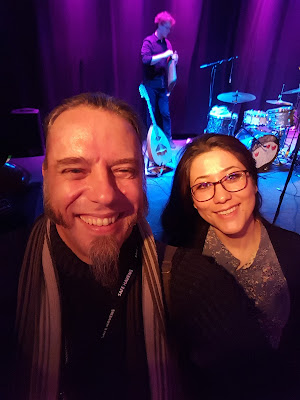 Another older friend from Safe Havens, Afghan director-actor-playwright Monirah Hashemi, who was born in Iran, started theatre training for young Afghan girls in Afghanistan in the early 2000s - against intense opposition from neighbours and religious fanatics who view women in the arts as "prostitutes"; she currently works in Sweden. I wrote about her very moving play about three generations of Afghan women under patriarchy, Sitarah - The Stars, earlier this year on this blog, entitled "Shall I Wait for Darkness to See the Stars?". Her official site is here. 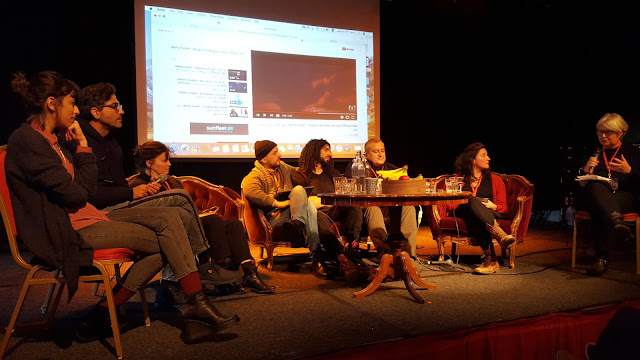 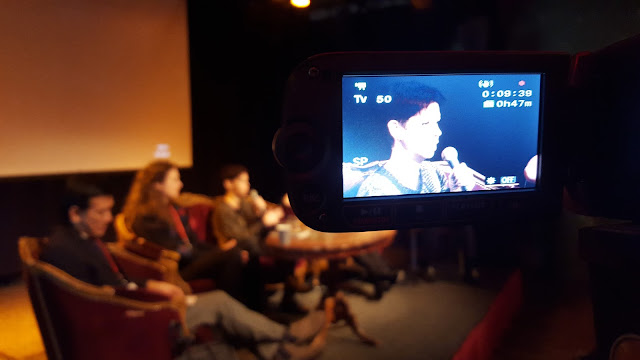