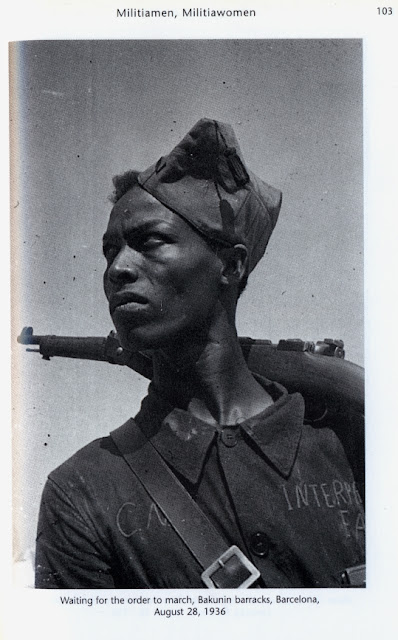 "Black consciousness of blackness was also the fruit of a long history of radicalism nourished by struggles for abolition and against capitalism. Over the course of the nineteenth century in particular, this resistance was to a large extent driven by international anarchism, the principal vehicle for opposition movements against capitalism, slavery and imperialism."
– Achille Mbembe, Critique of Black Reason, 2017

With the exceptions of the Middle East and Central, South, and South-east Asia, the anarchist and syndicalist movements of Africa are the least studied of all on Earth. Their movement histories if not forgotten entirely, have been deliberately sidelined or distorted by latter-day nationalist and communist historiography which has treated them at best as insufficient, infantile forerunners of their own more “mature” and “progressive” praxis. It is only in very recent years that primary research has been conducted into the North and Southern African anarchist and syndicalist movements – and even so, the focus has been rather narrowly on Egypt and South Africa, even though in the “classic period’ prior to World War II, the movement developed well beyond Egypt along the string of Mediterranean coastal cities all the way to Dakar in Senegal on the Atlantic Ocean, and penetrated well beyond South Africa from South West Africa (Namibia) and Portuguese East Africa (Mozambique) inland as far north as Northern Rhodesia (Zambia), and British East Africa (Kenya and Uganda). Nevertheless, it is mostly on these pioneering works that I will base my analysis of the roots and adaptions of what I term the “broad anarchist movement” , works that are specifically focused on the key question of the movement’s engagement with the complex racial, linguistic and religious fragmentation of the emergent proletariat in Africa under colonial and imperialist domination, collected in the groundbreaking book Anarchism and Syndicalism in the Colonial and Postcolonial World, 1870-1940 . In particular, I will draw a comparative analysis from the following chapters of that book: Anthony Gorman, “Diverse in Race, Religion and Nationality… but United in Aspirations of Civil Progress”: The Anarchist Movement in Egypt 1860-1940; and Lucien van der Walt, “Revolutionary Syndicalism, Communism and the National Question in South African Socialism 1886-1928.

I will compare the Egyptian and South African case studies of their hey-day, that is, from the 1890s until the mid-1920s, and draw a few comparisons with other studies of the anarchist presence of that era in the other parts of North and Southern Africa, touching on Algeria, Tunisia, Morocco and Mozambique respectively. I will examine questions of what gave rise to the movements in these areas, and what their key ideological orientations, themes and achievements were, and how in their politics and organisational forms anarchists dealt with labour fragmentation and the questions of race, colonialism and imperialism – and with nationalist and communist challenges. Then I will rely on my own incomplete primary research into the later post-war movement in Algeria – buttressed by a new study on the topic – to draw some further lessons about anarchist engagements with actual armed national liberation movements. In conclusion, I will attempt to answer the overarching question of whether there is a distinctly “African anarchism” that distinguishes itself by its origins and orientation from the universalist claims of the international anarchist / syndicalist movement. For this I will rely on latter-day African anarchist organisational positions, from South African libertarian socialists of the 1970s, to self-described anarchists in Senegal in the 1980s, from Nigeria and South Africa in the 1990s, from Morocco and South Africa in the 2000s, and from Egypt in the 2010s. In other words, I examine the colonial, liberation, and contemporary eras. However, this is not a chronological narrative history: the issues will rather be tackled thematically.

To start by framing my topic, I have previously defined anarchism as “a revolutionary and libertarian socialist doctrine: advocating individual freedom through a free society, anarchism aims to create a democratic, egalitarian, and stateless socialist order through an international and internationalist social revolution, abolishing capitalism, landlordism, and the state.” In a later work, I expanded: “The revolutionary vision of anarchism gained a foothold in the imagination of the popular classes with the rise [from the late 1860s] of the anarchist strategy of revolutionary, federalist syndicalism – though it was not yet known by this name – in the trade unions affiliated to the First International. It has since provided the most devastating and comprehensive critique of capitalism, landlordism, the state, and unequal power relations in general, whether based on gender, race, or other forms of oppression. In their place it has offered a practical set of tools with which the oppressed can challenge the tiny, heavily armed elites that exploit them. Anarchism and its trade union strategy, anarcho-syndicalism, have been the most implacable enemies of the ruling-class industrialists and landed gentry in state and capitalist modernisation, centralisation and domination projects around the world… This broad anarchist tradition had, and continues to construct, concrete projects to dissolve the centralist, hierarchical, coercive power of capital and the state, replacing it with a devolved, free-associative, horizontally federated counter-power… The broad anarchist movement has currency primarily because it remains a proletarian practice that grapples with the question of power, in relation to both intimate, interpersonal relations and to the broader balance of forces in society. The anarchist conception of counter-power is in opposition to the Marxist conception of the seizure and adaption of coercive, vertical, centralised, bourgeois power. Instead, anarchists argue for, and in their innumerable revolts and their four main revolutions, have practiced, a free, horizontal, federalist, proletarian counter-power that equitably distributes decision-making powers and responsibilities across liberated communities.”

Specifically relevant for this monograph is the sharp difference in approach between early Marxism and anarchism to imperialism, and to the liberation struggles of colonised peoples in Africa and elsewhere. In their Communist Manifesto (1848), Karl Marx and Friedrich Engels had dismissed the colonial and post-colonial worlds as the “barbarian and semi-barbarian countries.” Instead, Marxism stressed the virtues of capitalism (and even imperialism) as an onerous, yet necessary stepping stone to socialism. It is not until Lenin’s Imperialism: The Highest Stage of Capitalism (1916), that Marxism produced its first serious engagement with the conditions of racist oppression in the colonial and post-colonial worlds – and even that was significantly after the Japanese anarchist Kōtoku Shūsui’s ground-breaking study Imperialism (1901). In fact, a generation earlier in 1873, the anarchist founding figure Mikhail Bakunin had thrown down the gauntlet to imperialism, writing that “Two-thirds of humanity, 800 million Asiatics, asleep in their servitude, will necessarily awaken and begin to move,” At that time, the newly emergent anarchist movement was engaging directly and repeatedly with the challenges of imperialism, colonialism, racism, national liberation movements, and colour-stratified post-colonial regimes in Africa, the Middle East, Eastern Europe, Latin America and the Caribbean – and, as predicted by Bakunin, would shortly do so in Asia as well. As a result, in many countries of what today we would call the global “South” it was anarchist militants who established the first revolutionary socialist networks and trade unions, all stressing the power of the common humanity of the organised working class to defeat divisions of race, colour, creed and gender.