The Two Faces of Global Separatism (2014) 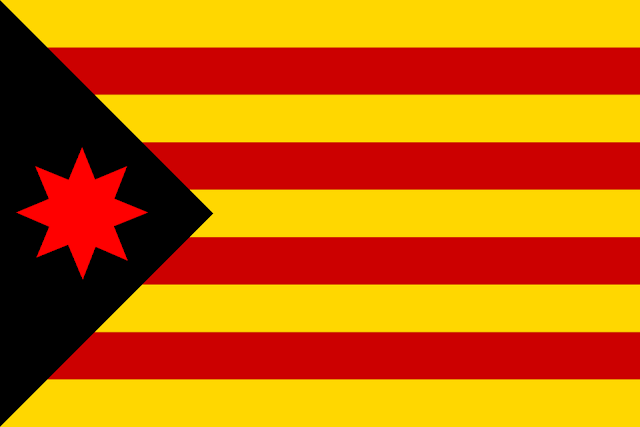 Catalan anarchist flag, a variant on the separatist estelada (the communist version has a red canton and yellow star). Not all Catalan anarchists desire Catalan separatism per se, even if they support the region's claims to linguistic-cultural identity - the anarchist vision being rather of decentralised multi-ethnic societies along the lines of the current Rojava Revolution.

I wrote this piece for Daily Maverick in September 2014. Events in Basque Country, Scotland and especially Catalonia have since evolved - while the Rojava Revolution has seen an area larger than Belgium become independent in northern Syria under a feminist-ecological libertarian communist social system (although this is explicitly a pan-Syrian and not a separatist project). The piece was selectively quoted by my dilettante political opponents to try and "prove" me to be an ethnic separatist, but as I make clear in the text, separatism in South Africa is a dead letter and a political chimera.

Posted by Michael Schmidt at 08:17