My late grandmother, Georgette Hemmerlé, told me her mother, Susana Esmenjaud Estrada, small and dark like her, was of Guatemalan descent and fluent in Spanish, French and "Kuli" (the lingua franca of the "Coolie" labourers). Georgette added other colourful anecdotal details, but I knew very little about that branch of the family - until I met some of them online last year and, in filling in details and sharing photographs of my grandmother as a young girl, sowed the seeds for a historical novel, about the failed Belgian colony in Guatemala. 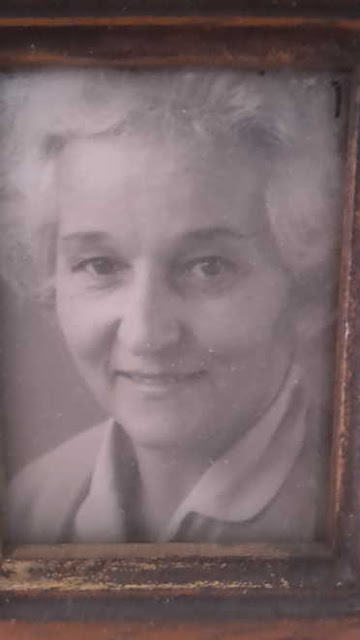 The story goes that King Leopold I of Belgium - the father of the psychopath who would steal the entire Congo as his personal fiefdom, enslaving, torturing and murdering millions of Congolese - financially backed the conservative Blanco politician Rafael Carrera y Turcios in his campaign for the  secession of Guatemala from the liberal Colorado-dominated Federal Republic of Central America (1823-1840). Leopold was really only famed as a royal matchmaker, having hooked up Victoria and Alfred, rather than as a statesman, but the bid succeeded and a grateful Carrera repaid Leopold by ceding on 4 May 1841 "in perpetuity" a sizeable chunk of Guatemala's Caribbean coast to a Belgian royal charter company, the Compagnie Belge de Colonisation (CBC), which built a modest little colonial capital, Santo Thomás de Castilla, on the shore of an anchorage in a suitably sheltered bay. An 1844 engraving of the establishment of Santo Thomás shows the usual colonial accoutrements: a church-cum-town hall, a company headquarters, warehouses, company officers, and dark-skinned servants and labourers. 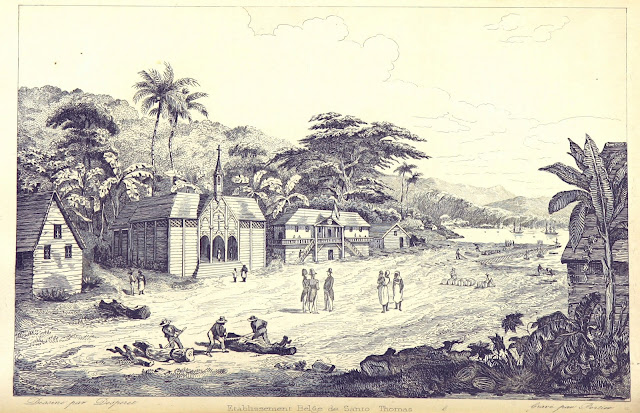 A contemporary map of the colony, located in the Department of Vera-Paz, show it to consist of a generous swathe of varied terrain, stretching from the Caribbean coast, where three Carib villages were located (presumably their inhabitants were handed over to Belgian jurisdiction without consultation), a river, the Rio Dolce, giving waterborne access from the Golfe de Honduras into a lake named Lac d'Isabal, into which the Rio Polochi drains, the gentle backbone of a potentially silver-bearing mountain range, the Sierra del Mico, which loomed over potential plantation lands divided between company-reserved terrain at the coast (tinted yellow in the map below and including the Caribe villages), and a zone (tinted pink) to be sold in 20 hectare plots to holders of private title deeds - presumably colonists like my ancestors - centred on the settlement of Isabal on the eastern shore of the lake and including the hamlet of Santa Catalina on the Rio Montaguilla which marks the border with Honduras. 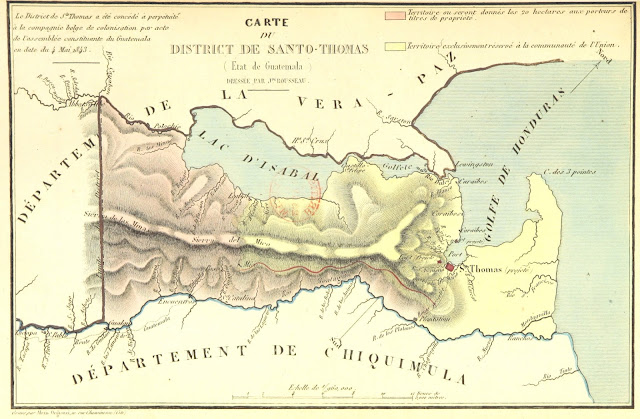 Three years into the settlement, an 1844 engraving shows two surveyors, one armed with a spyglass and cutlass, looking from the verdant heights of the Sierra del Mico onto Santo Thomás below, with what look like two two-masted topmast schooners and two three-masted barques riding at anchor (it is hard to be sure as their sails are struck), served from the jetty by rowboats. The "capital" has at that stage only seven wood-planked buildings other than the church and company offices already mentioned, so they probably performed multiple functions as store-rooms, victuallers and lodgings. The surveyors are probably determining the commanding location of two future forts each shown on the map above as "Fort (Project)" - one roughly where they are standing and another at the westernmost mouth of the bay, all in line-of-sight of the settlement for semaphore purposes. 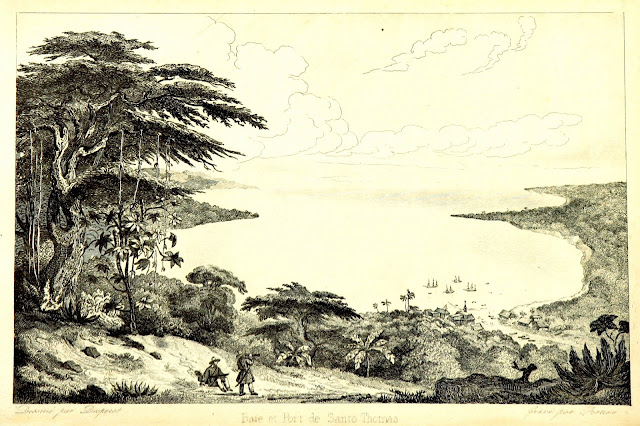 But the Belgian colony did not survive for long. Malaria and yellow fever was endemic in the area and most of the colonists perished, winding up in a little cemetery at Santo Thomás (that apparently survived into the 1960s). All that is, except those few like my family who married into the locals, apparently their children being born with immunity. I'm not sure if locals meant mestizo, Caribe or Mayan (the Mayan city of Quiriguá is near the old colony) but my family's darker skin is a legacy of that intermarriage - and the ephemeral settlement occurred against the fascinating regional backdrop of the Caste War of Yucatán in which indigenous Mayans rose up over several decades against mestizo and peninulsare imperialism. The war saw the creation of an autonomous Mayan state - backed by the British - that embraced an area from Tulum in present-day Mexico to the border of British Honduras (today Belize), not far o the north of Santo Thomás. The Belgian presence ended in 1854 when, facing financial ruin, the company withdrew, leaving behind my ancestors and the ruins of what would in the 1960s become the home base of the Guatemalan Navy. I thought the tale of a failed 19th Century tropical colonial experiment would make for a great historical novel, something of the tenor of Bruce Chatwin's The Viceroy of Ouidah, so I am researching this further!

Posted by Michael Schmidt at 11:35