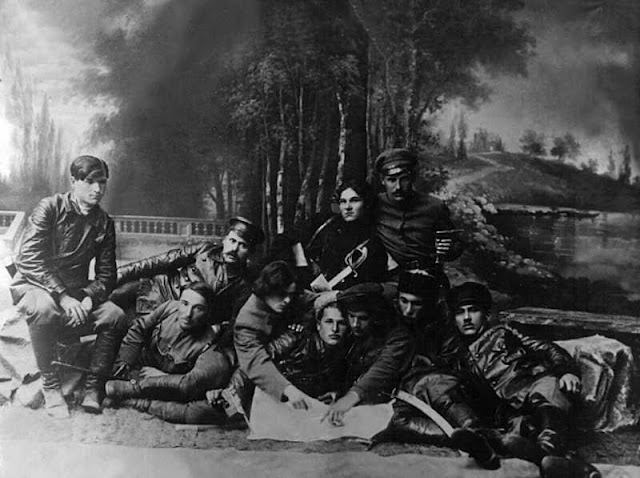 Revolutionary Insurgent Army of the Ukraine (RPAU) leadership in March 1919, having captured the Sea of Azov port city of Berdyansk - which had a population of about 47,000 - complete with a factory for the production of the Farman F30 biplane.

In my forthcoming book In the Shadow of a Hurricane: Global Anarchist Movement Ideological and Organisational Lineages, naturally the Ukrainian Revolution is dealt with in detail. But Ukraine is reduced in most of the historical literature to a matter of peasants with pitchforks, whereas the movement began in 1879 and survived 15 decades despite periods of intense repression, at times ran entire modern cities of tens or hundreds of thousands of inhabitants, and was very widespread, combative and politically pluralistic, well beyond the well-known Makhnovists. As a crude foretaste of the complexity of the Ukrainian theatre of operations, I offer a mere listing - as yet incomplete - of the Ukrainian organisations I write about.