Storming the Bastille of the Bourgeois Media 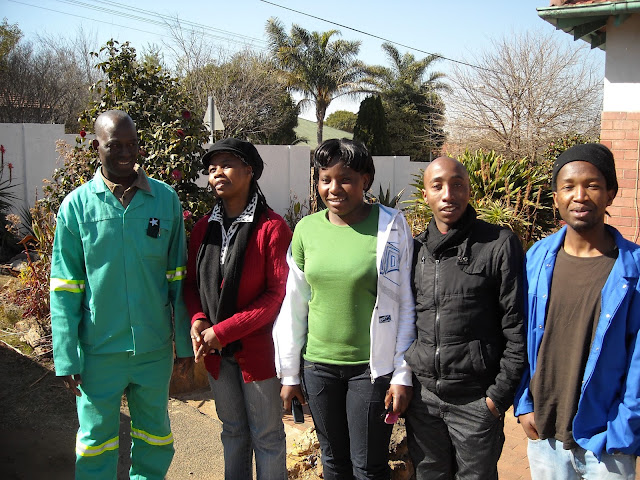 The wonderful editor and staff of Alexandra, Johannesburg, community newspaper Alex Pioneer who I mentored in streamlining their editorial and production processes in parallel to best serve their township readership. 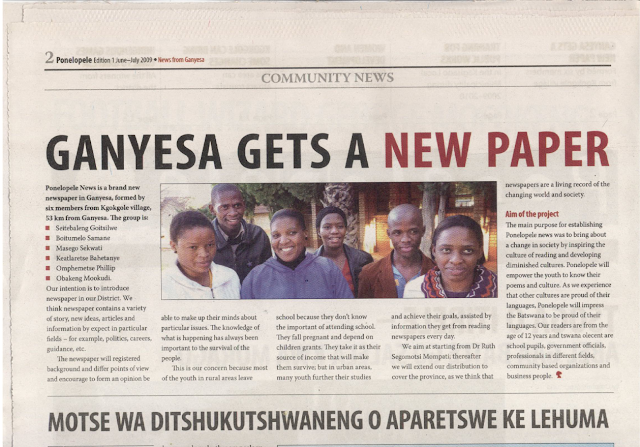 The inaugural editorial of June-July 2009 in Ponelopele News, a rural Twana-and-English newspaper for which I am proud to have done the (successful) feasibility study in Ganyesa, Bophirima, North West, a region with 800,000 Tswana-speakers who had no Tswana newspapers or magazines, only one Tswana radio station (Motsweding)  which was almost entirely dedicated to music and not news, and almost zero TV coverage.